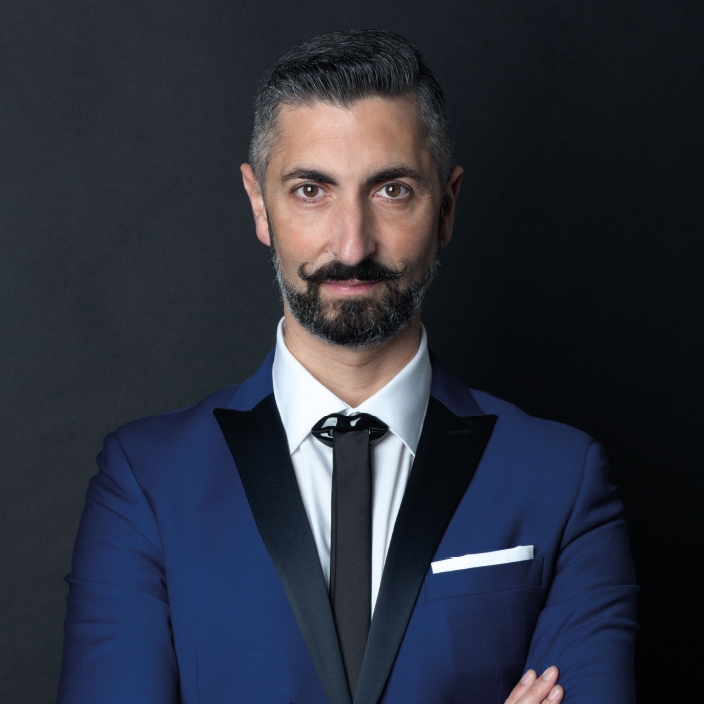 Years of study, research and experimentations, coupled with a strong passion for aesthetic and beauty made of Toni an accomplished Dermopigmentation specialist and a passionate teacher.

In 2007 he patented the Tricopigmentation ® technique, an innovative specialization meant to completely revolutionize the world of dermopigmentation.

In the same year he became the CEO of the Orsini & Belfatto, a company that commercializes equipment and products for Dermopigmentation as well as running an Academy

In 2008, he took part to a worldwide project concerning the writing of a book about facial Dermopigmentation along with infectious diseases specialist.

From 2008 to 2013, he was a member of the International Committee of Permanent Make-Up World Championship. He took part as a lecturer in medical and aesthetic conferences in Miami, Saint-Petersburg and in Rome, alongside surgeons of worldwide fame.

He took part as a guest of honor and Italian spokesperson abroad, in more than 50 world conferences concerning aesthetic medicine and micro-pigmentation as well as taking part to many talk shows.

He was given various awards from the Region of Abruzzo, the Province of Chieti and various specialists in the field of his work.
He is dubbed as the V.I.P. guru by various magazines.

In 2014, he wrote his first book, “ The secrets of the hyperealistic eyebrow for males and females”. The book was translated in 6 languages.

In 2015, he published his second work, “Tricopigmentation, The Original One” This book is the first official manual concerning the field; it was translated in 4 languages.

The Belfatto Lab is Toni’s latest creation in which he put all his passion and his very soul. The Belfatto Lab aims to cancel any professional limitation by creating a great number of Dermopigmentation centers in Italy and in the rest of the world.

In 2017, he launched the line of hair products “Tricorigen”, an innovative method meant to control hair loss, effective, safe and without any side effects.